PowerArchiver 2016 16.02.04 has been released today! Based on your feedback from our fast ring release, here is first official slow ring release since we have started using fast/slow ring system this month. 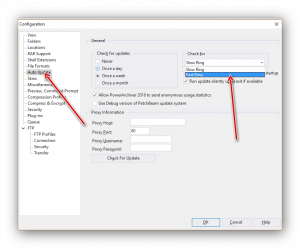 Fast Ring / Slow Ring update system reminder – We have introduced fast/slow ring update system since release of PA 2016. Please go to Config> Auto Update and select Fast Ring to get our „weekly“ updates. For more info, visit our forums, each release is listed there and is based on your feedback via forums, web chat, and support. Contact us via any way you wish (email, chat, forums, support, phone) and let us know what want in next release!

You can download PA 2016 16.02.04 via Patchbeam or via download site. Thank you for your continuous support since 1999, and making PowerArchiver better with your comments, requests and wishes!